Speeding, Careless Driving Up as Traffic Levels Come Down

Bikers, Walkers Must Be More Vigilant

Traffic levels right now are the lowest in decades with millions of Americans staying close to home during the COVID-19 pandemic. Meanwhile, more people are walking and biking to get out of the house and take advantage of less congestion. All good, except that some drivers see empty roads and highways as an invitation to speed or drive distracted.

Here are just a few concerning examples from around the nation. The California Highway Patrol has issued almost double the number of tickets compared with last year for driving over 100 mph. In Nevada and Rhode Island, state officials note pedestrian fatalities are rising. Utah has seen a 30% to 50% drop in highway traffic and a slight decrease in the number of collisions, but troopers are seeing higher speeds and more fatal accidents.

The lesson for us all – walkers, bikers and drivers – is not to let down our guard because roads and highways seem less crowded. Keep these basic walking/driving safety tips in mind at all times, but especially now: 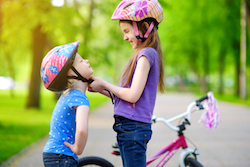 Posted by Zack Hendon on

Where We Are Today

Most cars now already feature some form of self-driving technology, from cruise control – first developed in the 1950s – to electronic stability introduced in the mid-1990s to recent innovations like automatic braking, lane departure alerts and self-parking. The latest technologies, like Autopilot from Tesla and Drive Pilot from Mercedes-Benz, automatically steer, adjust speed and brake. Instead of relying on eyes, ears and a brain for control, autonomous vehicles depend on data from cameras, radar and LIDAR – high-tech sensors that detect light – all fed into an on-board computer.

Since we share the road with both old and new vehicles, all with a mix of technologies, the Society of Automotive Engineers created a six-level ranking system. Level Zero, One and Two vehicles still require human drivers to monitor the driving environment. Level Three, Four and Five vehicles put the computer in charge of monitoring the driving environment. Only Level Three vehicles, like the Tesla, are commercially available today. But traditional manufacturers, along with new players like Google and Uber, are testing fully autonomous Level Five vehicles and predict they will be available to the public in the early 2020s.

What Autonomous Vehicles Mean to You 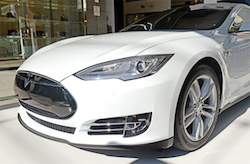 Tesla has rejected responsibility for crashes even when its Autopilot system is engaged.

The most encouraging prediction from the transition to driverless cars is a dramatic reduction in auto accidents. According to the National Highway Traffic Safety Administration (NHTSA), more than 37,000 people died in auto accidents in 2016 and millions more were injured. NHTSA estimates that 94 percent of crashes are caused by human error. A self-driving car that is never tired, distracted or impaired could dramatically reduce accidents, saving 30,000 lives or more each year.

The reality, however, is that Americans will still suffer injuries and deaths from auto crashes as self-driving technology is perfected. No technology is foolproof, especially when it involves the highly complex sensors and artificial intelligence central to self-driving cars. We’ve also learned the hard way that automakers deny responsibility or cover up manufacturing defects to protect profits. And even if Level Five automation is available to the public in 2020, it will be another 15 to 20 years before all vehicles on the road have the latest self-driving technologies.

In a collision involving autonomous vehicles, the question of liability is murky at best. Is the operator at fault, the manufacturer, the software designer? Unfortunately, the trend has been to blame the operator, with manufacturers suggesting that humans should be ready to take over when self-driving systems hand over the controls. Research shows, however, that humans are not well adapted to re-engage with complex tasks, like driving in an emergency situation, once their attention has been allowed to wander.

As more and more vehicles become completely driverless, it makes less and less sense to hold their human operators liable. Instead, we see strict liability as the best solution, where manufacturers take full responsibility for crashes when the robot system is driving. This same principle already applies to common carriers like bus companies, airlines or train operators, where passengers are completely dependent on the carrier for their safety. Auto insurance as we know it today would be eliminated under this scenario, because who needs an insurance policy if they’re not driving?

Self-driving technologies and eventually fully autonomous cars will likely be a reality sooner than later. Consider these tips along the way:

Road Safety Tips for Teen Drivers Heading Back to School

According to the Centers for Disease Control (CDC), motor vehicle crashes are the leading cause of death for teens. It is estimated that on average, six teenagers die every day in the United States from a car crash. As teens head back to school, you should know how to keep them, and others, safe. 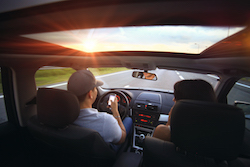 Teens who text and drive are outside of their lane  about 10 percent of the time.

If your teen driver has recently received his or her license, inexperience can spell disaster out on the road. According to the Insurance Institute for Highway Safety, teen drivers ages 16 to 17 are twice as likely to get in a car crash compared to teen drivers ages 18 to 19.

Teens are also less likely to practice safe driving behavior, such as using seat belts or maintaining a safe following distance. In 2015, only 61 percent of high school students reported they always wear seat belts when riding with someone else. [Download report.]

Teens are also much more likely to drive distracted. Drivers under the age of 20 have the highest proportion of distraction-related crashes, and 42 percent of teens admit to texting while driving. Carpooling seems like a convenient way to get to school, but teens riding with other teen drivers increase the risk of distraction with every additional teen passenger. Here are all eight of the CDC danger zonesmost often linked to teen crashes:

So, what can parents do to prevent teen driving tragedies?

“Zack is an exceptional attorney with deep and proven experience in personal injury and workers compensation. I regularly refer others to Zack and highly recommend him to both other attorneys and those in need of an attorney.”

“Zack is a well skilled lawyer that fights for his client’s best interest. Zack has years of experience, which allows him to obtain successful results.”